Future Diary - No Way This Will Work! 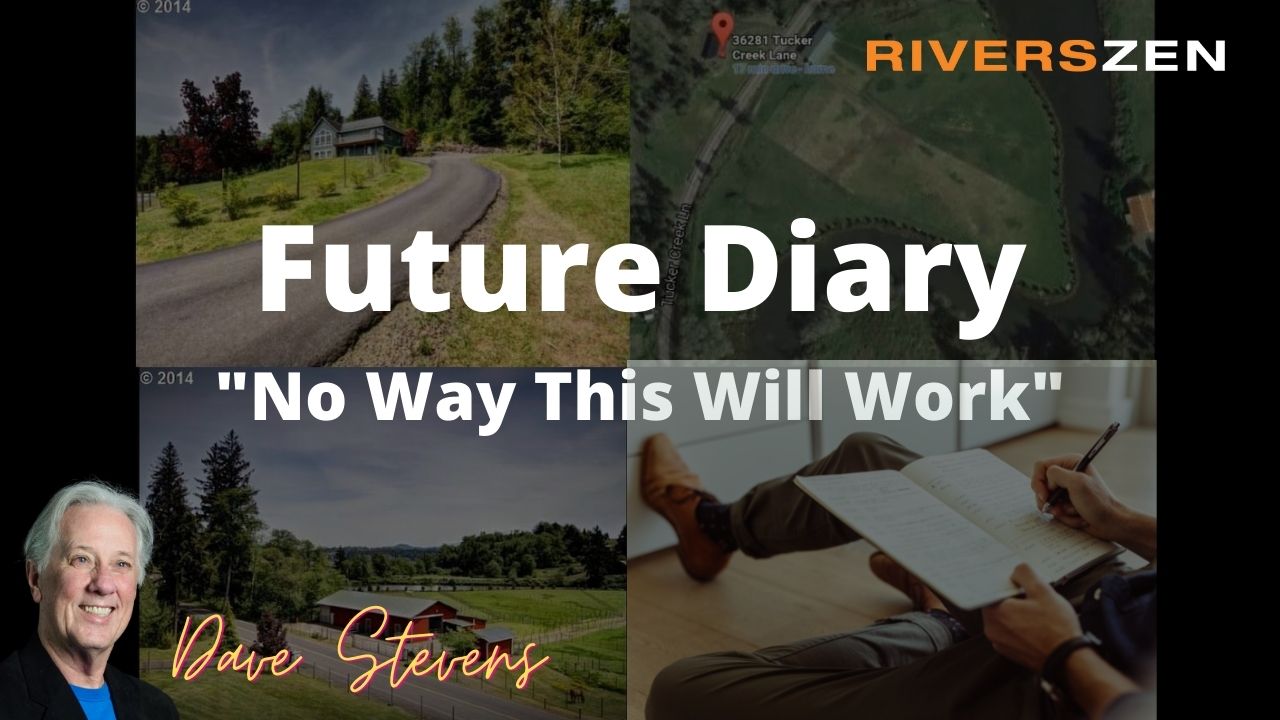 I'm going to lay a secret on you that absolutely blew my mind. Never in a million years could I have believed that this would work!

It's called creating your future diary.

Now let's face it, I'm a big thinker, I totally believe in big goals and dreams.

In 1997, a couple of years after Peggy and I got together one of our mutual clients, who happened to be a motivational speaker, shared the concept of a future diary.

Interesting stuff ... the plan was to grab a journal, tablet or whatever you have to write in and describe what you would like to have in detail. Talk about what it is. How it looks, how it feels now that you've obtained it.

Then close the book, put it away and go back to work.

Honestly, I am not a "woo-woo" guy so I didn't take much stock in this at all. But I considered this lady a friend so what in the world would it hurt?

I took the time to do exactly what suggested and then I put my little book away just like she said.

In my book, I wrote that I wanted to experience peace and tranquility by owning and living in a little slice of heaven.

I described what I thought would be the perfect property that would achieve this goal. A comfortable home sitting on top of a hill looking over 20 acres of pasture with a beautiful barn where we could work with horses - one of Peggy's passions. Nothing warms my heart as much as watching my wife when she is with the animals she loves, her horse, barn cats and dogs.

I figured why not go for it if I was going to do this exercise so to achieve my "bliss" I described that the property must be rural but be within 20 minutes of a small to medium sized city so I would still have the convenience of major shopping like Costco. It must be far enough out that at night you could see millions and millions of stars.

Not only that the property was to be beautiful with pristine pasture. Also a running stream circling the property would create a perfect place for meditation and introspect.

I wanted to design and build my own home with a steam shower, exercise room, a floor to ceiling fireplace, a large master bedroom, a formal dining room and beautiful offices for both of us.

Since we had both experienced nasty divorces that left us in debt hundreds of thousands of dollars I didn't have a clue how we would ever pull this off. Not to mention that we lived in Phoenix at the time. There are not a lot of 20 acre pristine pastures with year round streams circling the property ... in fact I had never lived anyplace that would fit this description, but I wrote it all down anyway.

In 1999 we had made a move to San Diego for work. I still didn't see a way that my vision would come to fruition since San Diego didn't have a lot of running streams either. But I would still drag that little book out every so often and reread the initial goals set in 1998.

Then that dreaded day on September 11th, 2001 happened. We had tickets to fly to Ohio on September 12th as our two Alma Maters were playing each other in football for the first time ever. My school, San Diego State University, was scheduled to be the "sacrificial lamb" for Peggy's school, THE Ohio State University on my birthday, September 15th. Needless to say that trip never happened.

But what did happen is almost beyond belief. We had 2 weeks blocked off of our schedule so we decided to rent a car and drive up the coast to visit a friend who had moved from Phoenix to a little town on the northern Oregon Coast called Seaside.

If you have never been to the Oregon Coast you are missing one of the most beautiful places in the world. We instantly fell in love with the area. We were in a short term lease in San Diego that was expiring at the end of October and our business was all Internet based at the time so we made the decision to move. We rented a house moved to the beach in Seaside Oregon on October 15th.

Fast forward 2 years. I had forgotten all about my "future diary". It got packed in a box and had never been unpacked. You have to understand what a horse lover my wife is. Every horse on the side of the road we passed she would sigh and say, "hooooorsie". It was cute but also a definite hole in her life. As I said earlier one of my true passions in life is seeing this amazing woman fulfilled and happy. I don't know what made me pick up the paper and flip to the classifieds that day but I did. An ad jumped out at me ... 21 acres half way between Seaside and the eclectic river town of Astoria. And it was a bargain! Must be something wrong with it.

We love exploring the area so off we went to go the back way to Astoria coupling with a trip to Young's River Falls and maybe take a look at this property. When we were turning the corner of the street that the property was located on I was getting ready to look up the map and see where it was. I looked left and was impressed by this amazing pasture with cattle on the banks of a 100 foot wide creek. (In San Diego that would have been a river or a lake but this is Oregon). Kiddingly I looked at Peggy and said, "if that is the property, we'll buy it today"

Shockingly that was the property for sale. It seemed awful cheap but it turned out the price wasn't because it was flood plane or anything nasty at all. It turned out it had been on the market over 2 years and no one had bothered to walk the property lines. Once we did we realized that there were more than 2 acres across the street, up the hill that overlooked these pristine view. Rain forest ending in an amazing pasture. We put in an offer that day.

And as they say the rest is history. We negotiated an amazing deal, found a builder that put our dream home up on the hillside at an amazing price (that is another story all of it's own). We called up the school that we had donated Peggy's horse to and found that they had traded Tess to the farrier to pay the bills. We called the farrier and found out that Tess just wasn't working out for his granddaughter like he had hoped. It wasn't long before Tess made the 1,200 mile journey to Oregon (being a reservation mustang she had never seen grass like this, her head went to the ground and hasn't come up since ... 13 years later)

Like I said, I had totally forgotten about my "future diary" but apparently the goal was firmly implanted in my sub conscious. Here is a photo of our ranch from Goggle Maps. You tell me if it's what I described all of those years ago or not! 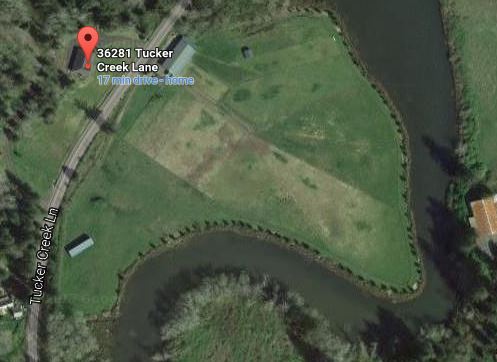 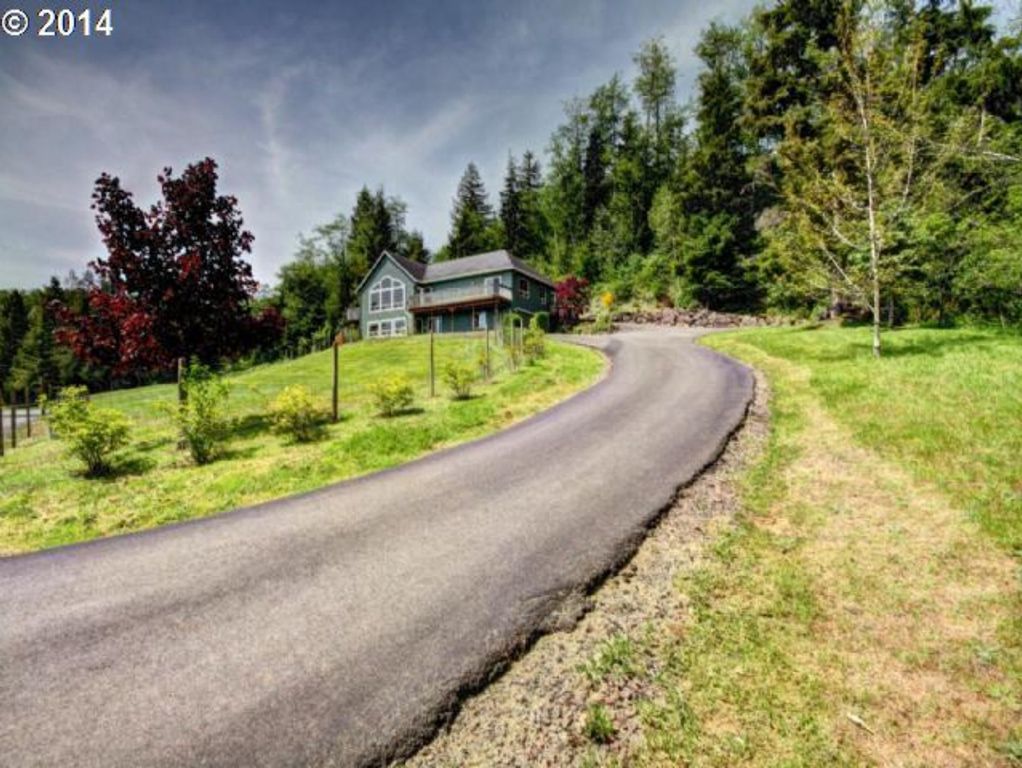 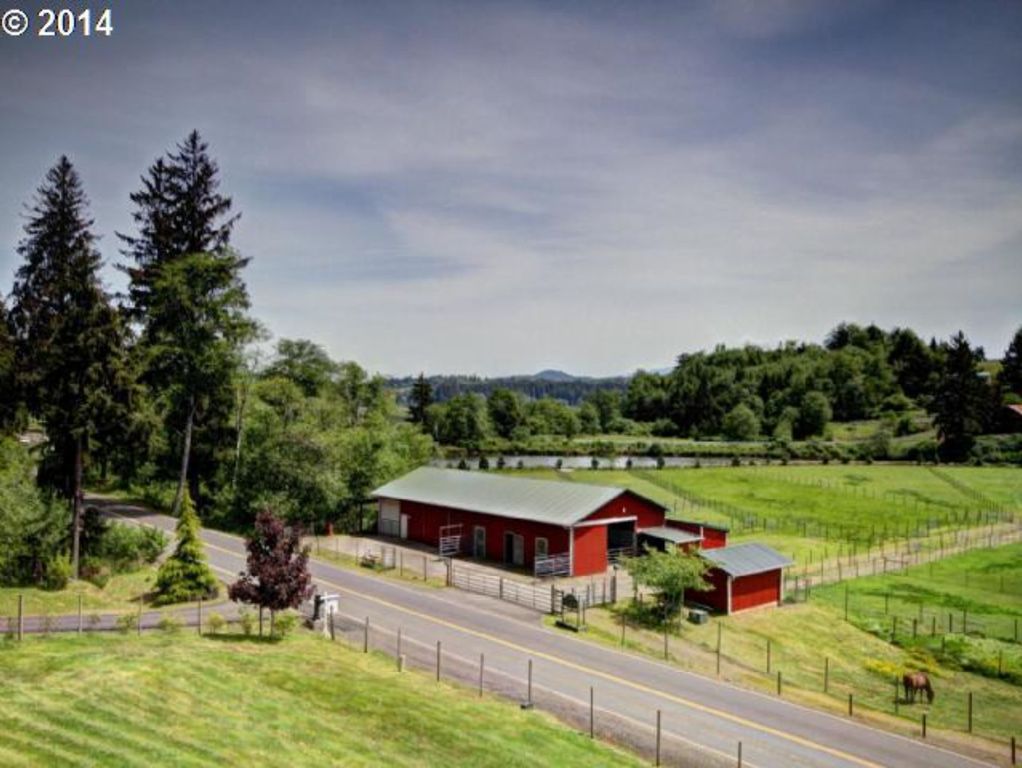 Since then we've moved on to other goals. Our passion is for helping people achieve the same results as we have and to become ageless using simple and easy systems that are totally effective. To that end we opened a yoga/stretching studio in Astoria, Oregon and in 2014 moved into town to follow our current passion of helping others achieve the same results that we have. We want you to Move Well, Stay Healthy and Be Happy well into your later years.

The best part about the ranch is that my youngest daughter, son-in-law, their two beautiful children, (along my oldest grand daughter and her significant other) had just gotten out of the Marine Corps after serving 13 years and moved into the property. This ranch has become a legacy property that we hope our family can enjoy for generations to come.

That little future diary had other goals written out as to income levels, paying off all of our debt, the types of friends we would attract, adventures we would go on and service we desired to give. Most of those have come true in spite of not having a clue at the time how they would be achieved.

Like I said, we are not into woo-woo at all but this flat out works. We believe that it's giving your subconscious marching orders that match with your passions. I'll let the psychologists pontificate on that. All I know that goals written down in present tense, with passion behind them always seem to come to fruition. Not only for us, but for many of our clients we have worked with over the years.

So what are you waiting for, do the exercises above this week, find your true passion and begin a future diary for you!

Live with Passion and We'll See You Soon! 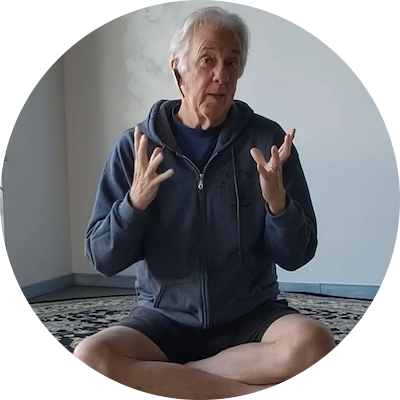 My goal is to help you to become stronger, more flexible and pain free while moving and living with ease.

50 years of sports related injuries left me virtually crippled. The discovery of Ki-Hara "Resistance Stretching" literally saved my aching body. Strala Yoga and Strong Posture exercises were the keys to maintaining my new found health. I have a burning desire to share this "miracle" with anyone who desires a stronger, healthier body with less pain.