I Forgot What I Wanted To Talk About! 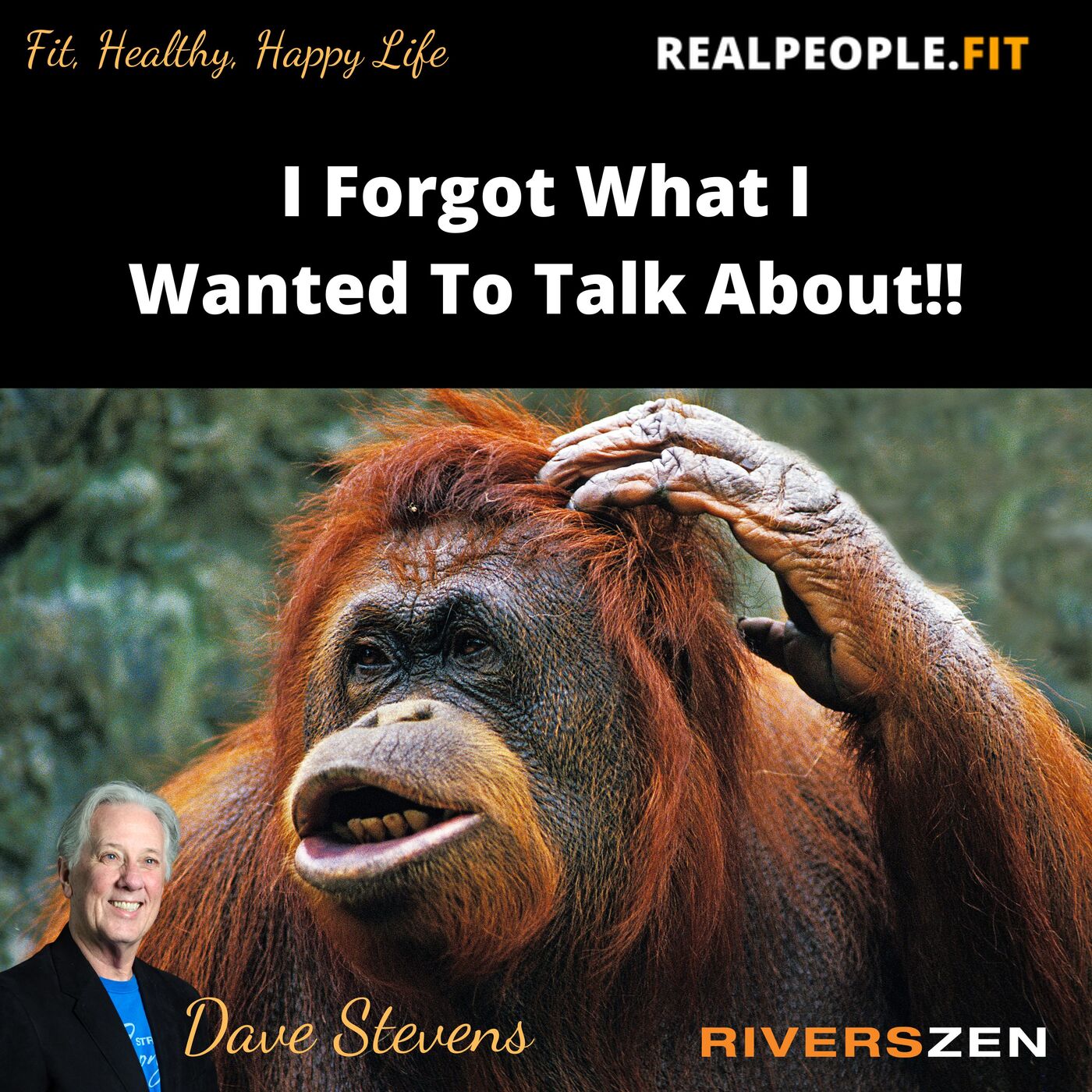 Seriously I did... and you are probably not surprised that I turned that into a podcast are you?

Subscribe To Podcast
Leave a Review
Help Spread The Message

Well, good morning. As you can see, I'm in our Astoria studio on the Columbia River, and I thought this morning we would discuss something that I'm not remembering right now.

Oh my God, I had something in mind and I lost it. Can you believe that? Can we turn that into a podcast? I mean, you know what? If something is fleeting and it floats away... I've done this since I'm in my twenties.

I haven't always remembered exactly what I'm doing two minutes later because my brain's always going a million miles a minute, and I think about lots of different things and maybe, maybe that's something I should work on a little bit, but it's okay. It's okay. It's so... you know, don't beat yourself up. I know a lot of people.

I've heard people say, Oh my God, am I getting dementia? Am I getting Alzheimer's? No, you're not. You're not. It's just you've got an active brain. It's going like crazy, man. You're thinking about the next nine things you want to do.

I guess this did turn into a podcast because of my little brain fart. I know as soon as I turn this off, I'll remember exactly what it was I was going to share with you today, and then I'll record that one.

All right, gang. Have an amazing day. And, uh, don't fret. Don't fret. Be happy. And, you know, sometimes if you just let it go, you'll remember it later and often it's one of those things that it's not that important.

Maybe this was the message that was meant to go out today instead of the other one I had in mind.

May you move well, stay healthy, be happy, live with passion. And I'll be talking to you next time, hopefully with whatever the subject was I wanted to talk to you about this time... later.